The increasing contribution of renewable energy within electricity grids is an ongoing movement powered by the business landscape’s shift toward achieving zero-carbon operations. However, the ubiquitous adoption of renewable energy-powered electric utilities is an uphill task as most green energy sources lack the consistency offered by fossil fuels. This is making it difficult for businesses to eliminate their reliance on carbon intensive peaker plants that overcome the intermittency gap created by renewable sources such as wind and solar.

So how can businesses end their dependence on fossil fuel-based power generation while maintaining 100 percent uptime?

Broomfield, Colorado-headquartered Enlighten Innovations answers this question with its revolutionary long duration energy storage (LDES) solutions that allow clients to effectively move away from carbon-based power generation and progress toward their zero-carbon targets.

“We understand that long duration storage has moved from being a ‘nice to have’ to a ‘must have,’ and with our NaSICON technology, we are making it easier for businesses to switch to greener power using Sodium instead of Lithium in a storage battery,” says Steve Reynish, president, and CEO, Enlighten Innovations.

The Genesis of Scalable Energy Storage

Enlighten’s LDES solution is based on its transformative sodium super ionic conductor (NaSICON) technology, a proprietary ceramic membrane that selectively allows sodium ions to pass through it, making various energy and chemical applications easier and affordable to achieve. 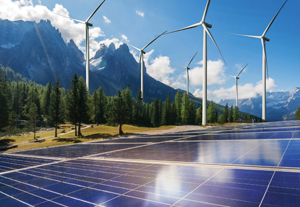 “Today, NaSICON uses a catholyte that contains sodium and sulfur ions dissolved in a solvent. During the charging cycle, a potential is applied to transfer sodium ions across the NaSICON separator, converting sodium ions into liquid sodium. During the discharge cycle, liquid sodium is simply converted back to sodium ions,” states Reynish.

Conventionally, LDES batteries use rare earth elements like lithium, nickel, and cobalt to generate and store power. The limited availability and expensive procurement costs for these metals are prevalent hurdles in developing accessible LDES solutions. Enlighten bypasses these problems with NaSICON, which leverages abundant materials like sodium and sulfur to reduce costs and facilitate effective energy storage. This unique capability, combined with its patented catholyte solution and infinite anode technology, enables a low-cost, long-duration storage solution that becomes exponentially cost-effective over time.

Enlighten provides its NaSICON-powered LDES solutions in an intuitive flow battery design, which allows operators to manage their power and energy capacities independently in a stable high energy density, low operating temperature way. These capabilities are backed by comprehensive testing at the company’s Denver, CO, facility. The solution was evaluated across a range of charge/discharge power profiles (10, 12, and 24-hour charge/discharge, 8-hour charge/16-hour discharge, and 150-hour charge/discharge cycles).

We understand that long duration storage has moved from being a ‘nice to have’ to a ‘must have,’ and with our NaSICON technology, we are making it easier for businesses to switch to greener power

From a safety standpoint, Enlighten’s LDES solutions have a modular design that is sealed, eliminating the possibility of combustion. It also securely contains the sodium to ensure that it never reacts with oxygen or water. Another key safety feature of the NaSICON technology is its ability to safely shut down and start, which is achieved by stabilizing the sodium in molten form during operation and storing it as a solid at room temperature to enable safe transport and handling. Even in cases where there is a separator breakage, the cells are designed with a fail-safe redundancy that minimizes cross flow and limits undesired reactions.


Above all, with its low chemical cost of storage (<$10/kWh), decoupled and high-density power and energy capability, sustainable and reusable raw materials, and inherently safe design, Enlighten helps businesses overcome persistent hurdles and reap the benefits of affordable and commercially viable LDES.

The unmatched competencies of Enlighten’s LDES are perfectly exemplified by the numerous customer projects it has ignited over the last few years. In one instance, it collaborated with a wind farm in Alberta, Canada, looking for a reliable avenue to mitigate their power intermittency issues. This client approached Enlighten after experiencing long-term inconsistency in power generation caused by the lack of strong winds to power the turbines. Due to the lack of consistent energy levels, the wind farm’s partner businesses, who had signed with them to meet their decarbonization and ESG objectives, had to go back to using fossil fuel-based plants as a backup. Through the NaSICON LDES solutions’ unparalleled ability to safely generate and store energy, the wind farm was able to solve their intermittency challenges and be a reliable green energy partner.

At the heart of such successes is Enlighten’s well-balanced team, which comprises various Ph.D. holders and seasoned professionals from the business world with a proven track record of creating shareholder value. This combination enables Enlighten to have the best of both worlds, innovating newer applications of NaSICON while ensuring that the commercial aspects of its widespread implementation are aligned with its long-term business goals.

Looking ahead, Enlighten aims to support its clients in capitalizing on the imminent opportunities around net-zero systems and LDES as the overall business landscape continues to make a stronger push toward sustainable operations. 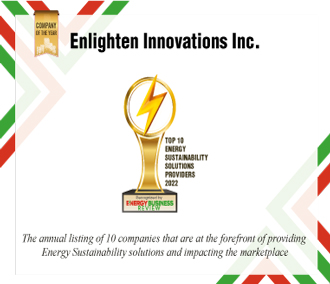