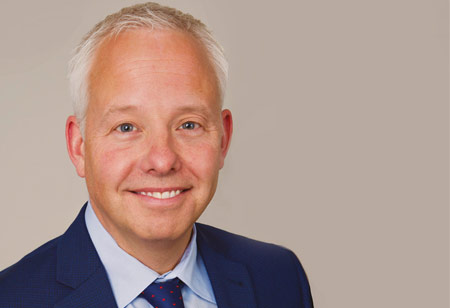 Things just got real. Oil prices are the highest in 10 years. In some areas, the cost of a tank of gas has doubled. EV demand has exploded, with some waiting lists extending a year or longer. But few people realize that the U.S. and Canada don’t have adequate domestic supplies of the lithium needed to power those EVs or many of the other devices we use daily. National Security Advisor Jake Sullivan has even declared that having an ample domestic lithium supply is critical to the U.S. economy and national defense system. Is now the time to trust our future to other countries?

Lithium is an element found in trace amounts in rocks as well as brine taken from underground pools. While most people take their lithium-ion batteries for granted, our need for a domestic lithium supply is rapidly becoming critical. Most of us don’t typically think about our domestic energy supplies on a daily basis. But suddenly, our gas prices are through the roof. For our future and our kids’ future, we need to secure critical commodities such as lithium so you can have your phone, laptop and power tools; and it won’t cost you $7 a gallon to drive your car. Unless we want to depend on foreign supplies, we need solutions and quickly. The good news is that the U.S. government is fully committed to this conversation. Don’t be fooled: We are in competition with China There are serious reasons why lithium prices have risen 500percentover the last 12 months. Last year, Bloomberg estimated that the U.S. would have 3.2 million passenger electric vehicle sales by 2028 and would need 320 gigawatt hours (GWh) of domestic lithium-ion battery production just to meet that demand. But the U.S.’s forecasted domestic capacity is less than half that amount: only 148 GWh. Demand is suddenly rising dramatically. All the numbers related to this current energy crisis suggest that the U.S. and Canada will need greater access to domestic alternative energy resources sooner than some may have thought. “There are serious reasons why lithium prices have risen 500percentover the last 12 months” Without our own lithium resources, the U.S. may be in trouble. Most of America’s current lithium supply chain originates in China, Australia and South America. China is also buying up other essential battery metals including nickel and cobalt. Meanwhile, other countries are rushing to lock in their own lithium sources. The U.S. lithium industry is moving fast The domestic lithium industry is fast moving. For example, ACME is thinking outside the box to address the issues surrounding our domestic supplies, and we’re getting capital in place. Nothing is random. It’s about doing the tactical research and analyses. We are doing a lot of technical work ahead of going into lithium-rich areas so we understand the geological, mapping and prospectivity standpoints before we stake claim on these projects. We have uncovered many North American locations that have the potential for world-class lithium deposits. Founded in 2020 and already a publicly held company, ACME Lithium has acquired five projects in the U.S. and Canada. The newest is in the McDermitt Caldera Region, located in southeast Oregon near the Nevada border. This project adds to ACME’s growing lithium portfolio with two projects in southwest Nevada and two in southeast Manitoba, Canada. We expect drilling to begin at the company’s Clayton Valley, Nevada project within the next 48 weeks. Lithium will help us transition to a greener economy Lithium’s low environmental impact is what personally drives me to strengthen our domestic lithium supplies. Lower emissions are the key reason. This is clean energy with a low carbon footprint. What the domestic lithium industry is doing right now will help save our planet while bringing access to this important commodity inside our borders. I am also very excited to be using new Direct Lithium Extraction technology on ACME’s U.S. projects. It is very different from the open mines you might envision. Brine is brought up from underground pools. It goes through the plant where the lithium is extracted, then the water is returned to the aquifer. This method has the smallest footprint and the lowest environmental impact. We don’t need one gigafactory. We need 30. One of the biggest goals is to have a sufficient number of domestic gigafactories to supply us with enough lithium-ion batteries to power all of our devices, from medical devices, EVs and phones to national defense technology. Right now, when we have a tailwind of support, is the time for all of us to get behind domestic lithium production. We need to educate ourselves about why this has quickly become such a critical issue. Based on what we see happening right now, the timeline needs to be crunched. The only way that can happen is if government and regulatory bodies push these things through the bureaucracy at a faster pace. If these projects are advancing in your region, help build a groundswell of support so they get the green light. Just as domestic oil supplies have played an essential role in our economy, lithium has strong potential to benefit communities by creating jobs and providing the funding for our roads, schools and overall infrastructure. As countries rush to secure a long-term supply of lithium, the U.S. and Canada can – and should – exert leadership positions.
This content is copyright protected